We headed to Woodstock to check out the street art! 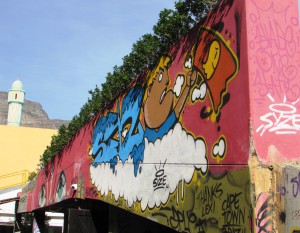 This week Carmen, Marion and Nico from our groups and incentive department took a trip downtown to Woodstock, Cape Town’s hub of new street culture, art and design. Located between the docks of Table Bay and the lower slopes of Devil’s Peak it’s an authentic and vibrant suburb abuzz with activity and innovation. Many are the once dull and dilapidated buildings and walls that now host the colourful and poetic works of local and international artists such as Faith 47 and Know Hope. 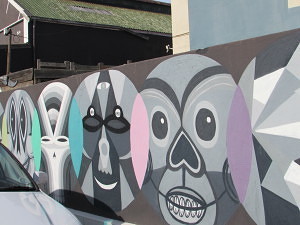 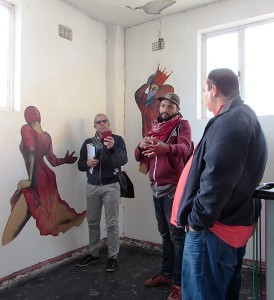 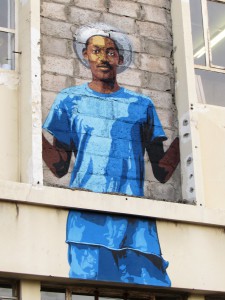 From the beginning, Woodstock in its various iterations has been a mixed community, both from a race and a religious point of view, a place where white, black and mixed race people, Jews, Christians and Muslims lived harmoniously side-by-side. Unlike District Six, its equally multi-racial neighbour, Woodstock survived forced removal under apartheid rule. When District Six, a community of 60,000 people on the slopes of Table Mountain, was flattened by bulldozers in the mid-1970s, Woodstock was left untouched. Graffiti, both in writing and drawings, has been a means of communication, individual expression, political protest, social comment and rebellion against authorities and their lack understanding. Predominantly used by the coloured community of Cape Town, graffiti has become a powerful medium to express their diversity and origins. It focuses on the unseen: on the neglected spaces and its original inhabitants, using images and codes that aren’t necessarily beautiful but that speak an insider’s language. 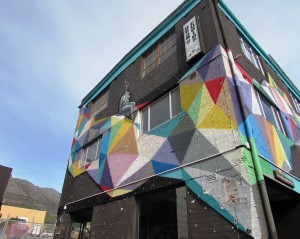 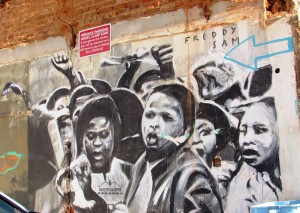 Their guide, Grant Jurius, is an artist himself — he knows Woodstock like the back of his hand, greets local residents and shares stories about each artwork and the many different art forms: street art; acrylic; figure painting; spray painting; posters; paste-ups… The starting point is from the Woodstock Exchange (47 Albert Road), seen by many as Woodstock’s artistic centre, by others as a symbol of the Woodstock gentrification (renovation and business development) that has often destroyed its identity and driven up prices and rent. During the 90 minute walk our team explored the little side streets of the neighbourhood and discovered its hidden gems……even Nico who lived in the neighbourhood for two years! Needless to say the feedback was very enthusiastic and we encourage you to join us for an insider’s view of our mother city. 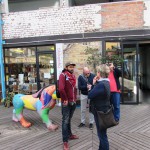 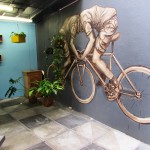 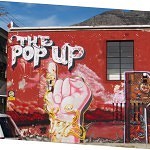 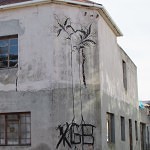 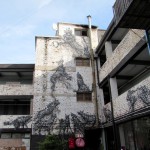 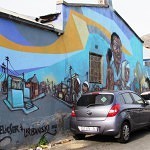 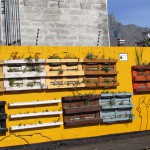