On 23 June 2015 the Go Tourism Product & FIT Department visited the Belmond Mount Nelson Hotel also known as The Pink Lady of Cape Town for a breakfast as well as site inspection, here are our findings and images of this historic part of Cape Town. 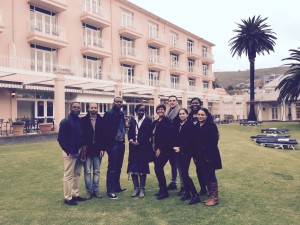 A Chronology of Cape Town’s Most Iconic Hotel

1743: The land upon which Mount Nelson Hotel is now situated was granted to Baron Pieter Van Rheede van Oudtshoorn. This land was known as ‘Oudtshoorn Gardens’ (at this time, the term ‘garden’ was used to describe a small farm).
Baron Pieter returned to Holland and while he was there, he was appointed the new governor of the Cape. Unfortunately, he died en route back to Cape Town, and Oudtshoorn Gardens was subsequently subdivided and sold. (Number 10 Hof Street at the top of Government Avenue contains traces of Baron Pieter’s original home).
1890: The Mount Nelson property was purchased by shipping magnate Sir Donald Currie, owner of the Castle Shipping Line. It was his dream to build a hotel in Cape Town as stylish and elegant as London’s most fashionable hotels, to cater exclusively for the Castle Line’s well-heeled First Class passengers.
1899: Mount Nelson Hotel opens on Monday 6 March. The first hotel in South Africa to offer hot and cold running water, it received rave reviews and was applauded for being ‘even better than its London counterparts’.

Quotation from the hotel’s first advertisement in the Cape Times newspaper, 3 March 1899: “This large and splendid hotel, beautifully situated in the Gardens at the Top of Government Avenue, in the most Airy and Healthy
part of Cape Town, offers to Visitors all the comforts of a First-class Hotel at Reasonable Charges”
October 12 1899: The South African War begins. The British used Mount Nelson Hotel as a headquarters from which to plan their military campaign. Lords Roberts, Kitchener and Buller were familiar figures in the hotel corridors, and a young war correspondent based at the hotel – Winston Churchill – described the hotel as: “…a most excellent and well appointed establishment which may be thoroughly appreciated after a sea voyage”.

The 90’s bought some changes:

1990: A row of eight perfectly restored historic cottages on the hotel grounds were converted into the elegantly appointed Garden Cottage Suites.
1993: An electrical fire causes extensive damage to the hotel, resulting in it having to be closed for six months, from June to December.
1996: Mount Nelson Hotel acquired three historic buildings adjacent to Palm Avenue, and Helmsley Hotel, and all four buildings were fully restored and converted into guest accommodation, increasing the total number of bedrooms and suites to 201. Taunton House Cottage was originally built as a guest house, Green Park was originally a hostel for nursing staff, and Hof Villa was built as a private residence for the hotel manager. Helmsley was originally the site of the first Jewish service in Cape Town (held in 1841) and thereafter it became the first Hebrew Congregation in South Africa.
1996: The hotel’s fine-dining restaurant, Cape Colony, opens on 1 August.
2003: Cape Town’s most glamourous bar, Planet Champagne and Cocktail Bar, opens in October. It is still the city’s favourite celeb-spotting hotspot, and its signature cocktails like ‘Planet Passion’ are legendary.
2008: Librisa Spa – an elegant destination day spa – opens in April. The spa is owned
and run by the hotel and has quickly established itself as one of the country’s
leading spas, offering distinctive treatments in a magnificent setting.
2009: Mount Nelson Hotel is voted ‘Africa’s Leading Hotel’ at the World Travel
Awards, and ‘Best Hotel in Africa’ by the Daily Telegraph’s Ultratravel One
Hundred Awards.
The hotel continues to attract the world’s most discerning travellers with its
exceptional service, range of facilities and convenient location within the heart of
Cape Town’s cultural centre. Mount Nelson Hotel has also established itself as one
of the city’s most socially conscious hotels by incorporating a series of
environmentally savvy initiatives and receiving accreditation with The Heritage
Environmental Rating Programme. The hotel has also been instrumental in
helping to establish The Hotels Housing Trust – a charitable initiative which
facilitates fundraising for the construction of homes in impoverished local
communities.
2010: Planet Restaurant opens in December 2010 in the place of the old Cape Colony
restaurant. The space has been totally transformed into an alluring and seductive
restaurant with chandeliers of shooting stars overhead and a galactic carpet
underfoot. The cuisine is locally inspired and focuses on fresh seasonal produce.
2014: Orient-Express Hotels Ltd. announced that its board of directors has approved a
proposal to operate and market the Company’s collection of luxury hotels and
travel experiences under a new brand name, Belmond, effective March 10, 2014.
Belmond is a global brand of exceptional hotel and luxury travel adventures in
some of the world’s most inspiring and enriching destinations. Established over 30
years ago with the acquisition of Hotel Cipriani in Venice, its unique and distinctive
portfolio now embraces 45 hotel, rail and river cruise experiences in many of the
world’s most celebrated destinations. From city landmarks to intimate resorts,
the collection includes Grand Hotel Europe in St. Petersburg, Copacabana Palace
in Rio de Janeiro, Maroma Resort and Spa on Mexico’s Riviera Maya, and El
Encanto in Santa Barbara. Belmond also encompasses safaris, six luxury tourist
trains including the Venice Simplon-Orient-Express and three river cruises and
‘21’, one of New York’s most storied restaurants. The website orient-express.com
will be redirected on March 10 to belmond.com.

Here are some images that will captivate & entice you to visit our amazing City and this Historical Landmark. 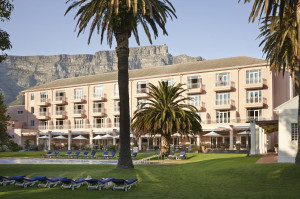 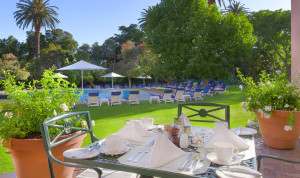 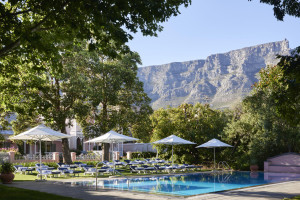 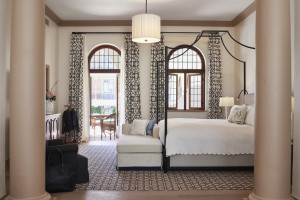 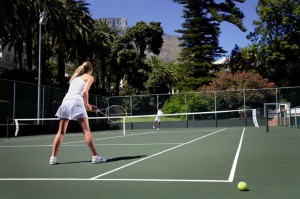 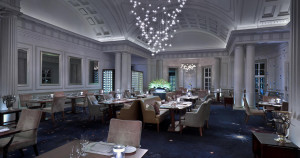 As well as having 2 Tennis courts, 2 Pools, 2 Restaurants, A kids centre, Spa, 24 Hour Concierge, Their world famous High Teas and being located in the most central part of Cape Town close to The Company Gardens, Museums, City Centre, Waterfront & Table Mountain. Staying at Belmond Mount Nelson is like taking a step back in time to a bygone era and it is like being on a retreat on the outskirts of town while not actually leaving the city.

So from the team here at Go Tourism we recommend that you request a booking at this amazing historical property as soon as possible!