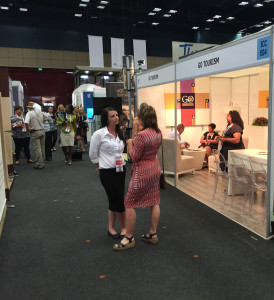 As our stand was located in a prime location for tourism officials who entered the Durban ICC we had very lucrative meetings with suppliers new & old and have discovered some amazing facts that we would like to share with all our loyal support over the years, as well as all new followers of our diverse Southern African travel offerings & products.

News that stood out for us! 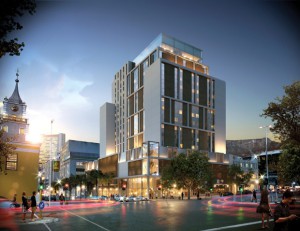 Tsogo Sun is constructing a new R680m 500-bedroom hotel complex in the Cape Town city centre on the site of a recently demolished Tulip hotel, located on the corner of Buitengracht and Strand streets.

Construction began in May 2015 and is said to be completed by September 2017 should there be no delays.

We at Go Tourism believe that this will be a great new development for the city, bringing in more tourists and showcasing Cape Town’s amazing ability to transform, re-invent and grow.

The US$150m (R1.7bn) upgrades at Victoria Falls International Airport are scheduled to be completed by the end of September 2015. 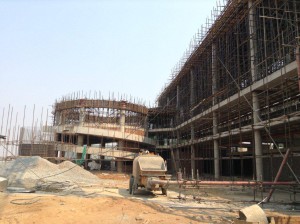 The airport which is located 22km south of Victoria Falls town. “This airport upgrading project is set to provide the perfect backdrop for inbound tourism to the region as well as become the region’s top meetings, incentives, conferences and exhibitions centre,” the Civil Aviation Authority of Zimbabwe said in a statement.

A new international passenger terminal with a handling capacity of 1.5 million passengers per annum will also be introduced. The existing terminal building will be also converted into a fully-fledged domestic terminal. The upgrades also include the construction of a new control tower and fire station.

The Zimbabwean CAA also said there were future plans to build an airport hotel in the medium term.

The first commercial flights to the Pilanesberg have begun operating on Wednesday, 1 April 2015 and are in a
50 Seater – Bombardier CRJ 200.

The move said to be a game-changer for tourism in the province, means direct access to attractions such as Sun International’s Sun City resort in the North West.

SA Express CEO – Inati Ntshanga, has stated, “This is a significant milestone for us as an airline. It marks our coming of age as we turn 21 in two months’ time. For the first time in our 21-year history we will be flying in this province which makes us a truly regional South African airline that connects practically all of our major cities with small and outlying town in our country.”

Sun International’s Group GM – Michael Farr, said “The fruition of this initiative, which has been sometime in the making, bodes well for tourism in the North West. The availability of commercial flights to & from Pilanesberg will open up the gateway for easier & faster to access, Sun City and the numerous attractions available in the area.”

So, there it is folks some new juicy tit-bits surrounding Southern Africa and these new exciting developments, watch this space for more news and interesting travels as we share the experiences of our staff and clients with you and the world.